How to View PDF Files On Your Computer or Tablet

When most people hear Adobe, they think either of the free Adobe Acrobat Reader, or the Adobe Flash Player, the two most used products in the Adobe product line.

Although Adobe has made huge improvements to the functionality of its products across all platforms, there are still challenges and many questions for the end-user, especially for businesses that users of Apple’s products. Steve Jobs famously stated that Apple products would never run Adobe Flash because the program uses too much memory for Apple’s mobile devices. Apple has standardized on the HTML5 model instead.

For most people, using the free Adobe Acrobat Reader to view, print, sign, and comment on PDF files is enough. It works on all browsers and operating systems, and it is available on most iOS, Android, and Windows mobile devices. Most word processing applications, including Microsoft Word and Google Docs, also allow you to save documents in the PDF format. For more functionality, such as creating more complex PDF files and editable forms, there are higher-level Adobe products available for upgrade, including the very popular Adobe Photoshop.

The Adobe Flash Player, which is used to view animations, complex applications, complex content, and videos, has also been updated and upgraded to run cross-platform and on all browsers except iOS (the Apple mobile operating system). The Adobe Flash Player does run smoothly on the latest Mac OS, although some people have reported problems with the newest Mac OS, Lion and Snow Leopard. The Adobe Flash Player will have to be downloaded onto your computer and activated before use. For mobile devices Adobe has developed Adobe Air to run standalone applications wirelessly and OTA (over-the-air) on mobile devices, including iOS, Blackberry, and Android, as well as on computers and TVs such as Apple TV and Google TV.

If you developed training or informational videos or components for your business and/or your website, it may benefit you to use services such as YouTube and Vimeo instead of Flash. That way you can be sure your content will be accessible on all platforms, including Apple iOS mobile devices.

Store, manage and collaborate on your PDF documents and more today with LedgerDocs. Create your 14 day free trial in seconds. 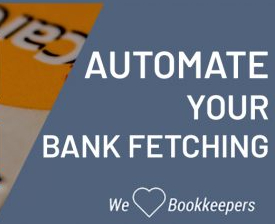 Did you know? Our top 5 hidden features 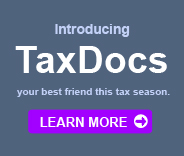